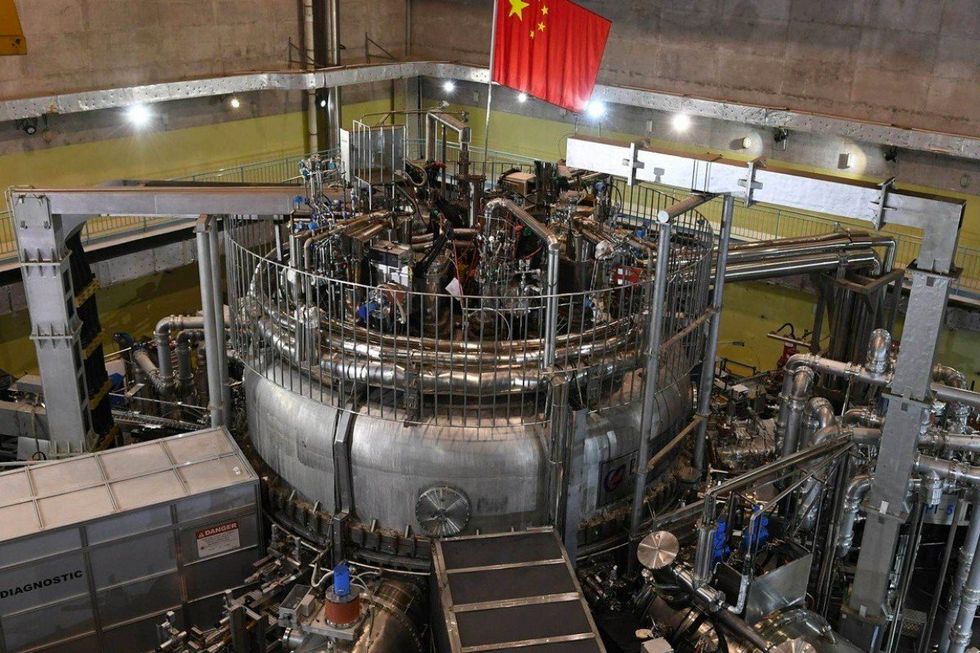 China has switched on its record-setting “artificial sun” tokamak, state media reported today. This begins a timeline China hopes will be similar to the one planned by the global International Thermonuclear Experimental Reactor (ITER) project.

The HL-2M tokamak has been iterated since 2006, but today’s switch-on represents the Experimental Advanced Superconducting Tokamak (EAST) team’s road to true fusion ignition after years of planning and work.

In 2018, EAST made news when the tokamak reached 180 million degrees. In 2019, EAST pushed the boat out further and announced plans to double that temperature in 2020—reaching the tokamak’s prime operating temperature of 360 million degrees. This hasn’t happened yet, but there’s still time in 2020, and COVID-19 has affected all the world’s scientific progress this year. If the EAST team is a few months late, we’ll still count that as a win.

Like many of the world’s tokamak experiments, EAST has reached fusion before. As a refresher, inside the donut-shaped (or, sometimes, more spherical) containment of a tokamak, sun-hot plasma swirls in a circle that’s held in place by supercooled electromagnets.

This magnetic field is the only thing floating between 360-million-degree plasma and a bunch of human-made materials that obviously can’t sustain that temperature. The plasma results from smashing different nuclei together, fusing them rather than splitting them.

When EAST was built in 2006, the team’s researchers began an escalating series of experiments. Part of this is simple proof of concept, because the temperatures inside tokamaks are almost unprecedented on Earth, period—at least on the surface during the Anthropocene.

As temperatures climb, the magnetic containment must also increase, and this has been a key point of failure (or at least “challenge”) for these reactors. Pushing each experimental run a little bit hotter and bigger has let researchers continue to shore up the external parts.