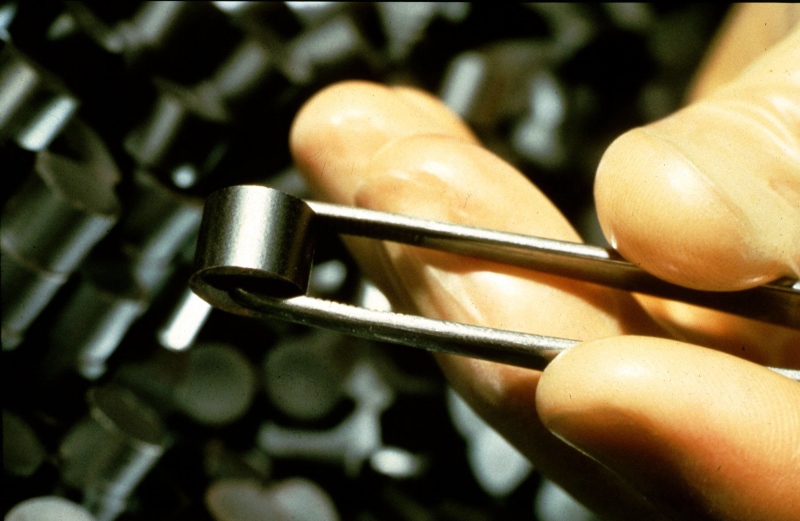 With waste and safety concerns holding back global nuclear uptake, there is increased attention being paid to a longer-term nuclear goal: fusion. Unlike conventional fission-based generation methods, fusion creates only a small amount of short-lived waste, emits no greenhouse gases and has a secure fuel supply through deuterium, which can be distilled from seawater, and tritium, which can be bred in the reactor.

Large-scale internationally sponsored projects looking to achieve fusion, and the key goal of producing positive net energy – generating more energy than is required to initiate and sustain a fusion reaction – are underway. The largest of these are ITER – a tokamak-based fusion mega-project in southern France – and the National Ignition Facility’s laser-based inertial confinement fusion device in California.

While both of these projects are large and promising, the milestone of hitting positive net energy has proven elusive, with decades of research since the 1950s unable to find a definitive answer to the scientific and engineering challenges involved.

The protracted fusion energy research efforts have led to a general pessimism from many observers of the developing technology; a common turn of phrase is that commercial fusion energy is just over the horizon – and always will be.

Nevertheless, there has been a notable shift in recent years, bringing fusion research into the domain of private start-ups as well as massive international programmes. These smaller companies are aiming to run more streamlined development programmes, often working towards smaller scales and using technology combinations to accelerate the process.

Washington-based Helion Energy, which is developing a shipping container-sized 50MW fusion reactor combining magnetic fusion and pulsed inertial fusion, built on funding from the US Government with private investments from seed accelerators in 2014 and 2015. Tri Alpha Energy, meanwhile, formed in California in 1997 and has received $500m in private funding, but has remained mostly quiet as it develops its beam-driven field reversed configuration tech to create a super-heated plasma environment suitable for fusion; the company didn’t launch its website until 2015.

In the UK, Oxfordshire-based Tokamak Energy, founded by former scientists from the Culham Centre for Fusion Energy, is working on a small spherical tokamak design. In late April the company’s newest reactor, the ST40, achieved first plasma, and the company aims to hit the 100 million degrees necessary for fusion in 2018.

“The ST40 is a machine that will show fusion temperatures are possible in compact, cost-effective reactors,” said Tokamak Energy CEO Dr David Kingham. “This will allow fusion power to be achieved in years, not decades.”

Is pure fusion truly only a matter of years away? Opinions vary due to the formidable technical challenges that remain to be solved. But while the likes of ITER, the National Ignition Facility and a host of start-ups and academic labs around the world continue to hammer away at the fusion chestnut, a decades-old alternative concept that combines fusion and fission has resurfaced.

The idea of a fusion-fission hybrid reactor has existed since the early 50s, with the earliest reference attributed to Russian nuclear physicist Andrei Sakharov. The fusion-fission hybrid concept is envisaged as a system that balances the advantages and disadvantages of the two nuclear generation paradigms; fission creates large amounts of energy per reaction, while fusion creates less energy per reaction but can generate abundant neutrons without the need for a chain reaction.

A fusion-fission hybrid reactor, then, would use a fusion reactor to provide neutrons to an encapsulating ‘blanket’ of fissile materials, so fusion is essentially used as a stable fuel source for traditional fission-based energy generation.

What are the advantages of such a hybrid system? For a start, using fusion-derived neutrons to feed fission reactions would massively expand the fuel available to run plants. Conventional fission reactors require one specific isotope of uranium, U-235 (or plutonium-239), which constitutes only 1% of raw uranium deposits, to drive the fission chain reaction. By using fusion as a fuel, a hybrid reactor would be able to use any uranium isotope while capitalising on the higher energy output of fission.

So with fusion feeding fission, a plant could theoretically operate more cleanly and efficiently, massively reducing waste and proliferation concerns while providing a way to use fusion even if positive net energy has not been achieved. In terms of safety, proponents say the concept would be inherently meltdown-proof because it operates in subcritical conditions and the fission would not be self-sustaining.

Apollo Fusion and other hybrid projects

In April, start-up company Apollo Fusion brought the hybrid concept back into the spotlight when it updated its website and shed some light on its plans. The company, led by former Google vice-president Mike Cassidy and plasma physicist Ben Longmier, is developing a fusion-fission hybrid reactor design that it claims will be zero-emissions, inherently safe, cheap to build and run, and with a power output range running from 5MW to 1GW.

Able to be built at almost any site due to its safe design, Apollo notes that its plant would “cost less per megawatt of output” and be “available in configurations which are affordable for even the smallest communities”, while operating costs would be “cost-competitive with other sources of power, including fossil fuels, wind, geothermal and solar”. Apollo has even noted that it has received its first order from an unnamed international customer.

“I think most of the more thoughtful environmentalists now view nuclear as good,” Cassidy told Bloomberg in an April interview, while remaining tight-lipped on the finer details of Apollo’s technology. “If you can find a way to do nuclear power that doesn’t have the downsides, the risky, runaway meltdowns, or things like that, it’s a real win for the planet.”

Apollo joins a growing group of organisations working on fusion-fission hybrid technologies, including the University of Texas at Austin’s Institute for Fusion Studies, which has discussed its transuranic waste-destroying fusion system. With nuclear waste destruction and recycling high on the global agenda, the governments of Russia and China have also invested in hybrid systems, with Russian state nuclear firm Rosatom reportedly aiming to develop its own fusion-fission thermonuclear plant design this year, and China looking to build its first hybrid reactor by 2030.

But with a technology that has been known and discussed since the 1950s, there is an obvious question: if the fusion-fission hybrid is so advantageous, why hasn’t it been pursued more strongly in the past five decades, and why does it remain on the drawing board today?

The answer is multi-faceted, but in essence fusion-fission hybrids use an extremely intricate system to solve a waste problem that could potentially be minimised by less complex technologies. Breeder reactors, particularly fast-breeder reactors (FBRs) represent a more mature technology that has been commercially deployed and, through the generation of more fissile material than it consumes, also provides a fuel source for fission.

Even FBRs have struggled to achieve market penetration because from a cost perspective, the cheapest way to get fuel is still the old-fashioned one – mining uranium out of the ground. Until uranium reserves start to dwindle (in a century or so, by many estimates), plant operators and the industry as a whole is unlikely to throw its weight behind more expensive methods to fuel reactors.

Given the increased complexity of the fusion-fission hybrid method then, it seems unlikely that it will transform nuclear generation in the near future without a major scientific breakthrough. In a 2009 commentary published in the Nature Physics journal, MIT nuclear scientists Jeffrey P. Freidberg and Andrew C. Kadak described the many studies into the potential of hybrid reactors over the decades, and summarised their findings: “The conclusions have been the same: further development could not be justified, as the fusion component of such a system was technologically complex, scientifically risky and significantly more expensive than alternatives.”

Freidberg and Kadak identified the transmutation of nuclear waste as the most promising short-term application of a fusion-fission hybrid, and that certainly seems to be the most appealing benefit, especially for government-level customers such as the US, which still has not resolved its nuclear waste storage crisis and continues to deal with objections to its Yucca Mountain long-term storage facility plans. Even so, the expense added by the requirements for fusion makes this option uneconomic for now, according to many scientists and industry experts.

At present, it’s hard to escape the conclusion that just as pure fusion remains elusive after 70 years, the fusion-fission hybrid is a potentially powerful enhancement to conventional nuclear generation that is, commercially speaking, a little too far ahead of its time. These conclusions make Apollo Fusion’s promises eye-opening; while the likes to Russia and China might be able to make the concept work primarily as a state-level waste management system, its commercial prospects seem limited for now.

Perhaps Apollo knows something the rest of us don’t, but until the company lifts the curtain on its tech, we won’t know if Cassidy and his team have cracked an atomic conundrum that has puzzled researchers for decades.